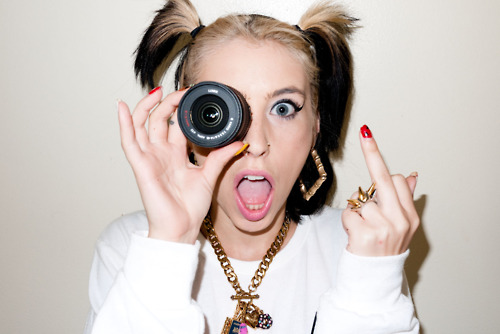 [Verse 1:]
Follow the leader, bad senoritas in two seater's
She loves green, that's money, Mary Jane and Margaritas
The way it seems, the streets be looking at me like a teacher
They hounding me, like desperate rappers waiting for a feature
I ain't saying I don't need you, I'm saying let's keep the pace
Should be back at your place, just being patient with your feet up
They say he's so chill, how does he show no stress?
He can't see into the future, how does he know what's next?
Seeing all of these steps that he's taking
You're mistaken if they say we ain't so complex
I'm tryna be in a blue coupe, you can't pronounce the name
With a bad yellow bitch and she's singing Purple Rain, so insane

[Verse 2:]
If it's politics, we're the presidents so presence serves a purpose
It's obvious that we're evidence, you're paying for a service
And I feel, you always think you're less than what you can be
What does it mean if I think I'm the one these niggas can't see?
Gang mentality, Odd Future is a family
My niggas thrash, I was always Anti, Plan-B
Did I lose you? I know I'm much more than you're used to
Now I got these girls stepping out from their usual
So they tune in, T.I., see I, realize I'm a stand up guy
And these niggas realize they can't stand to see me on TV
So they lose their footing like they were gluttons with diabetes
But fuck the bullshit, I'm just tryna get rich
With my middle fingers up screaming swag me out bitch
Black kid on the corner selling drugs, go figure
Salute them with 21 guns, I'm killing these niggas

English version of the ip Urban webzine from Downtown is now available on MacBook by selecting the text. Left clic and Play. United HipstersWeAre. NeverHidden.