PARIS SUIT YOURSELF FROM BORDEAUX | HipsterTribe

PARIS SUIT YOURSELF FROM BORDEAUX 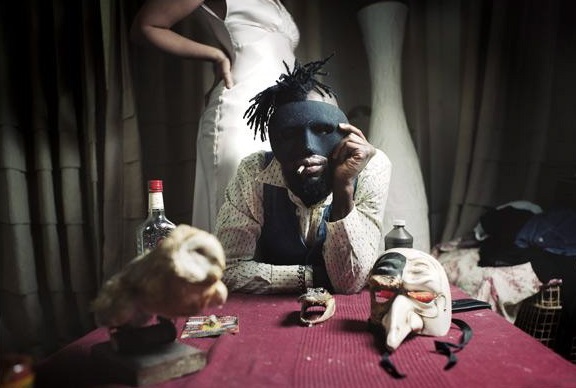 What do you want from the ideal debut album? That it excites you, intrigues you, sometimes confuses you? That it takes risks, is hard to place in terms of the records you already know, that it’s short and sharp and bursting with energy and ideas and even hooks? That it makes you laugh, or cry, or has your jaw occasionally scraping along the floor? That it sets out its stall with utter confidence and no reference to what’s going on around it? That it’s delivered with total conviction? That it fits into no pre-defined 'trend' or 'scene' and instead creates its own space by force of will? If even a few of those are what you’re looking for then 'My Main Shitstain' by Paris Suit Yourself could just be your new favourite record.

The three core members of Paris Suit Yourself are all originally from Bordeaux, although singer Luvinsky Atche only met Marie Boye (bass and vox) and Victor Tricard (guitar, keys and vox) when they were all mingling with the uptight snobs of the capital city which gave them their name. But it was when the band relocated to Berlin (with Marie now back in Paris) and recruited Arkansas drum-lunatic, death metal nut and contemporary classical composer Joe Heffernan that the alchemy was made complete. They went into a broken down studio back in France and laid down 'My Main Shitstain' – a forty five minute album over whom the guiding spirits of Keith Levene, Ol’ Dirty Bastard, Fela Kuti and Ari Up hover, laughing, shouting and egging the band on. We are deeply proud to highlight you this particular band.

PARIS SUIT YOURSELF FROM BERLIN

1 Comments to “PARIS SUIT YOURSELF FROM BORDEAUX”