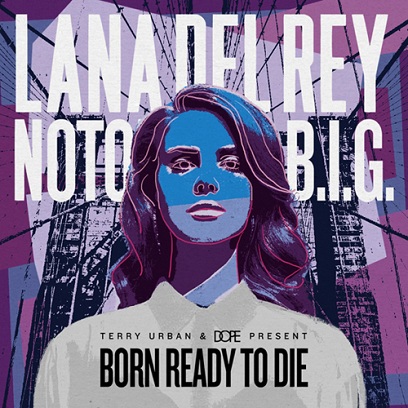 "Hello everyone, Im gonna get right to it… In honor of Biggie’s passing 15 years ago on March 9, 1997, I wanted to do a special project. Mick Boogie and I honored the anniversary of his passing with a special project called Unbelievable, which was hosted by Sean “Diddy” Combs and exceded 500k downloads online.
But to pay tribute this time, I wanted to do something different.
Merge music styles. Bridge audiences together in new ways.
So I proudly present to you along with the homies from Dope Couture… Lana Del Rey and Notorious Big… Born Ready To Die. The music from Lana’s Born To Die and the lyrics from Biggie’s Ready To Die… still timeless after all these years. It’s a perfect marriage… dark and mysterious… soulful and gritty. Lana told Vogue Magazine that Biggie was one of her biggest musical influences… and now… he is her musical collaborator. I present to you… Born Ready To Die."
Terry Urban